That’s what you call an “orderly succession” plan — the sort that triggers a shareholder revolt. Not only that: a caper that could result in not the chief executive going, as planned, but the chairman in charge of the process. Lucky it’s all nice and orderly at the London Stock Exchange.

And to think it was shooting for a “smooth transition”, as it spelt out on October 19. Then, the LSE explained that Xavier Rolet, chief executive for the past nine years, was off — but only slowly, easing his way out by December 2018. And there was chairman Donald Brydon limbering up for all the parties to come. Or, as he put it, the “many opportunities ahead to celebrate Xavier’s remarkable achievements”.

Well guess what? Mr Rolet didn’t even want to go. No, he’s been sacked by the dastardly Donald. Or that at least is the contention of one of the LSE’s top shareholders, with 5 per cent: Sir Christopher Hohn, boss of The Children’s Investment (TCI) fund. The activist investor has written to Mr Brydon saying: “It is clear to us that he has been forced by the board to leave against his wishes” — even if he is coy about his evidence. Moreover, unless Mr Brydon reinstates him pronto, Sir Christopher plans to call an EGM in a bid to kick him out.

And what, you ask, has the LSE got to say about all of that? Well, nothing that denies the central charge: that the man who took the LSE from a market value of £800 million to more than £13 billion has been fired. But if it’s not true, why won’t the LSE deny it? Neither will Mr Brydon or Mr Rolet make any comment. It gets more intriguing: Mr Rolet is said to have signed a confidentiality agreement. Is that true? No comment, again. In which case, what’s in it?

True, this isn’t the first time lately that Mr Rolet has been leaving the LSE. He planned to step aside for the doomed £24 billion tie-up with Deutsche Börse, the one on which he blew about £100 million of adviser fees. Mr Rolet would have made way for his opposite number Carsten Kengeter, a plan that backfired when the deal imploded. And not because of an obscure Italian trading platform MTS, as the LSE claimed, but because Mr Kengeter faced insider trading allegations over a €4.5 million share deal — enough for politicians and regulators to kill the merger, despite Mr Kengeter’s protests of innocence. He’s since quit Deutsche Börse.

Still, for the TCI’s Sir Christopher none of that is a bar to Mr Rolet, 57, staying on for an extra “five years or more”. And at least two other big investors also want him to remain, though only Egerton with nearly 3 per cent has said so publicly.

Of course, Mr Brydon might have thought a man willing to step down for a merger lacked the commitment for a fresh stint in charge. And perhaps he brought the matter to a head with Mr Rolet — not the easiest to manage, as former LSE chairman Chris Gibson-Smith discovered. But, if that’s the case, why doesn’t Mr Brydon just say so? It’ll all come out at the EGM.

Aramco questions
No wonder Andrew Bailey is so keen to bend the listing rules for Saudi Aramco, the $1 trillion-plus oil group. Who’d need investor protections for a “premium” float like this? You don’t have to be the Financial Conduct Authority boss to spot a state-sponsored IPO with so few political risks.

So why has one of the directors, been summarily detained? Well, it’s all part of an “anti-corruption” inquiry, apparently, with the former finance minister Ibrahim al-Assaf being held alongside some better known local businessmen, not least Prince Alwaleed bin Talal, who denies all allegations.

And maybe it’s not an everyday event in Saudi Arabia. Even so, it does make you think about the wisdom of Mr Bailey deciding that a sovereign floating only 5 per cent of a company can simply “not be considered a related party for the purposes of the UK listing rules”.

As this weekend’s goings-on drive home, the entire float is one vast related-party transaction — a punt on the Saudi Arabia taking shape under Crown Prince Mohammed bin Salman.

The proceeds from floating or selling a chunk of the state oil business are crucial to his modernising agenda, not least his plans for a new $500 billion mega-city, liberal enough to feature on the international party circuit. And, of course, a corruption clean-up now should be investor friendly.

Yet, say he was overthrown after any UK float, replaced by a more inward looking regime? What protection would investors in this “premium” listing then have from any abuse of power by the 95 per cent controlling shareholder? Well, pretty much none under Mr Bailey’s plans. Not exactly premium then.

Brexit blockage
Nothing like a pep talk from Theresa May. The PM’s spotted that “for every £1 in government support for r&d, British businesses invest £1.70”. Contrast that with £2.40 in Germany and £2.70 in America.

But who’s going to invest until companies know roughly what Brexit looks like? As BT boss Gavin Patterson pointed out yesterday, unless there’s clarity on a transition deal by early next year, “businesses will be looking to their worst case scenarios”: the “no deal” one that militates against investment. It’ll be obvious who to blame for that.

Purplebricks patchy
Being “the leading hybrid estate agency” must be knackering. All Purplebricks could produce for its “pre-close trading statement” was two sentences — or 48 words — excluding contact details and “notes to editors”. And how many people were named on the release? Eleven. Less than 4.4 words each. 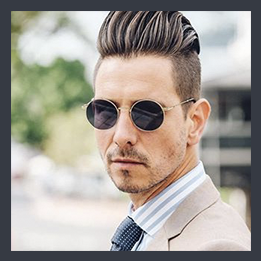